It was a hot weekend for the 9th 2018/2019 Rhyll Phillip Island Angling Club fishing competition held over the 2nd/3rd of March.  The first competition of autumn provided an excellent opportunity to compare notes and discuss tactics.  There were multiple reports of healthy juvenile fish being returned to the water and a total of 51 fish were weighed in.  The post competition presentation at the Clubroom was also a great opportunity to acknowledge the weekend birthdays of club legends Marcelle Reid and Len Bates.  The cool change arrived just in time for the celebrations and was enjoyed by all.

King George whiting were the dominant species, large in both size and number, with Snapper, Mackerel and Flathead being coaxed from the water as well.  Continuing to impress, Denver Firth won the Squidgie Mixed Bag Points competition, weighing in 4 fish totalling 70 points.  Jacob Memery also had a good weekend, weighing in 3 fish worth 55 points. Heath Womersley was persistent and was rewarded with a King George whiting worth 812 points (290 grams), to win the Junior Points competition.

The Senior Heaviest Weight Competition was won by Jillian Slade, with a lovely Snapper weighing 905 grams. Coincidentally, Brett Slade also had that winning feeling, with a Snapper weighing 750 grams.  Peter Cubeta won the Senior Points Competition, retrieving a King George whiting worth 2,422 points (865 grams).  Apparently, this wild fish had been fed by peers and returned to the water since it was a fingerling, hope remains for a mythical 1-kilogram specimen.  Jill Tricky was also successful in the balmy conditions and presented an impressive King George whiting worth 1,218 points (435 grams), also winning the Senior Points Competition.  Robert Cook weighed in a King George whiting of 210 grams to win the Secret Weight Competition (secret weight 215 grams).

The next competition will be held over the weekend of 16th/17th of March 2019.  For further information about the club and competitions please visit the website:  www.rpiac.com 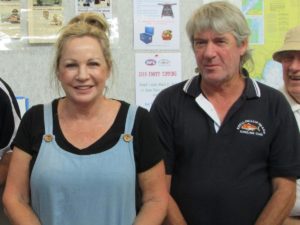 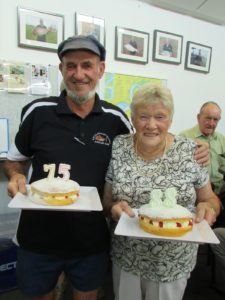 No Replies to "Competition 2nd-3rd March."